Let me preface this by saying I'm not a hardcore pitmaster. But I love my Masterbuilt Electric Smoker (MES) and my A-Maze-N Pellet Smoker (AMNPS)!

The first thing we're going to need to make is the rub. I'm using the one that recommended here: HeCooksSheCooks. My only change is I added more brown sugar and more red pepper flakes because I think the sugar makes a nicer crust and the heat helps cut the sweetness and makes a nice sweet and spicy taste. Here's the ingredient list.

NOTE: Don't go bargain brand on the CP! For garlic/onion powder, feel free to get the cheap stuff, but the bargain CP is nasty. 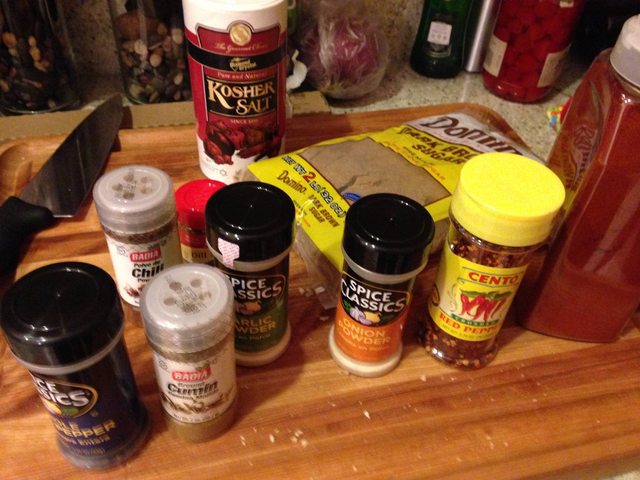 Stir it up good first, then pulse it a bit in the food processor 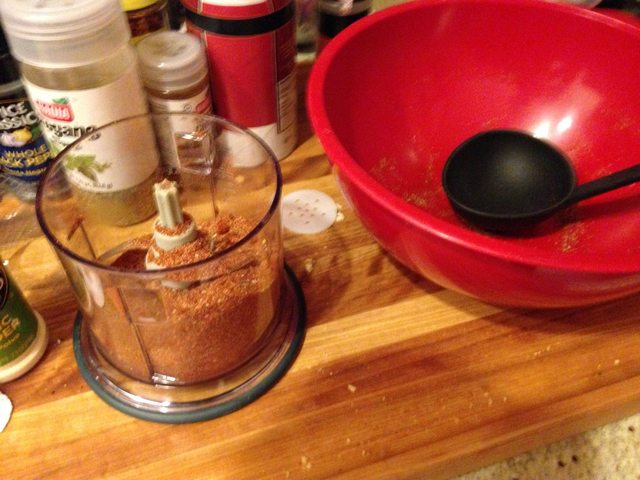 If you multiply the rub recipe by 5, it'll about fill up the 16oz paprika shaker. (Dump the remaining paprika in a ziploc bag for later) 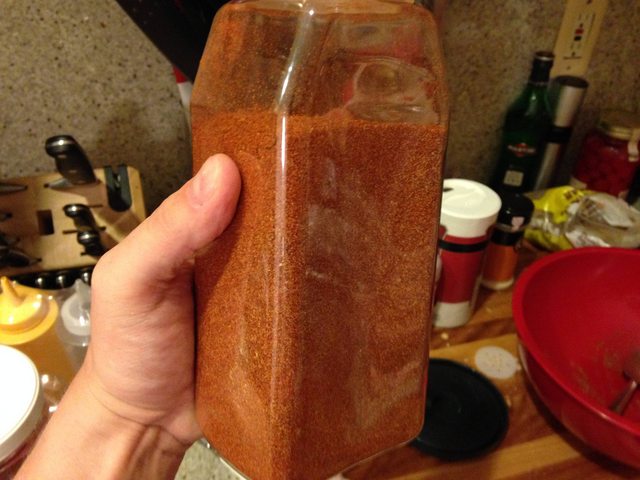 OK, now to the meat. Very little prep. I'm using "baby back ribs". If you want to be pedantic, they're pork loin ribs. Some people prefer St. Louis cut ribs, but these were on sale, so whatever. Flip 'em over, remove the membrane. To do this, start with a paring knife on one end, get under the membrane and pull it off. It takes some practice at first, but after awhile it'll be easy. 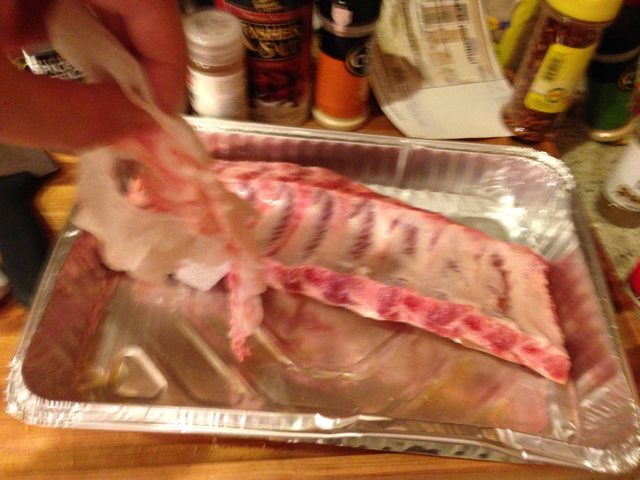 For the pulled pork, you'll be using a pork picnic, pork shoulder or a boston butt. They aren't all the same. The butt is smaller, more expensive and most tender. Shoulder is bigger, has more bones (and cheaper). Picnic is the biggest piece and is slightly less tender but is the cheapest yet. It really doesn't matter which you use since smoking this long would practically make a used tire tender. So I'm going with a shoulder.Trim most of the fat off. Not all of it though, you want to leave 1/8" on top. Then, rub it down with oil or yellow mustard. I use olive oil for the ribs and mustard for the pulled pork. They act mainly as glue to keep the rub on and impart very little to no flavor. I like oil for ribs because I think they keep them for getting dry a little bit, but I've been told that's my imagination. Either will result in deliciousness. Then, you guessed it. Slather the rub all over both meats liberally, all sides and corners. 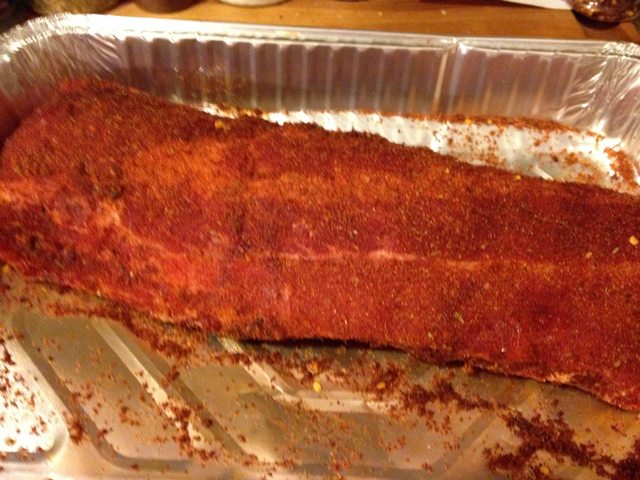 Slide your Maverick remote thermometer into the pork... you won't need it for the ribs since we're doing a method called "3-2-1 ribs" which relies more on time than temperature. The probe goes into the thickest part of the meat, but make sure you aren't touching the bone. 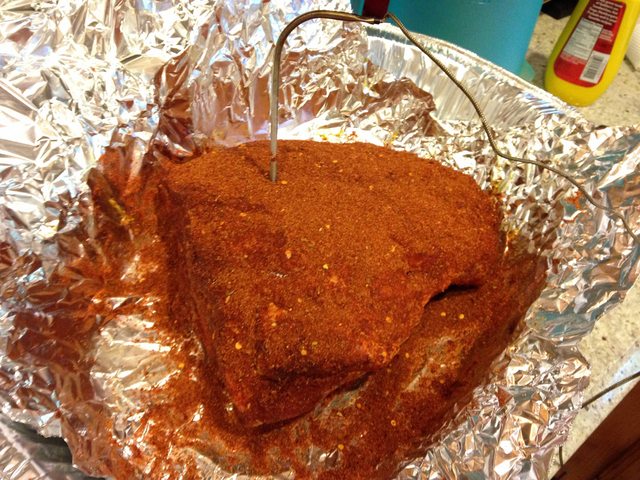 Some people say to rub the meat and leave it on overnight in fridge, I don't think that helps. In fact, I think it hurts the end product. It's not a marinade so the rub isn't penetrating much, and this rub has salt in it which can dry the meat out a bit. Your mileage may vary, of course!

So that's it for the meat prepping part of the day's BBQ, be sure to click here for part 2 where the MES and AMNPS are explained!.