Home / Blog / HOW TO FIX: "Content ID claims: Not in a good standing"

HOW TO FIX: "Content ID claims: Not in a good standing"

In 2007, I created and uploaded a "Rick Roll" video. What's that you ask? It was one of the first viral video memes in which there would be a link like this: "Wow, this is so cool!" and then you'd click it to get greeted by the beautiful baritone voice of 80's pop star, Rick Astley. My video was a variation. It was a How To video and then, out of nowhere, I spliced in the Rick Astley singing "Never Gonna Give You Up" music video with his rad denim jacket and sweet 1987 dance moves. 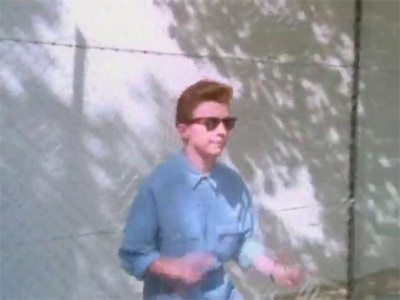 Just look at how cool this guy is...


Don't judge me. This was 2007... and Rick Roll videos were all the rage back then. Anyway, this particular Rick Roll video was well done and went viral getting 100's of comments and 40,000ish views (which was quite a lot in 2007). I didn't put any ads on it and didn't make a dime. I just thought it was funny. In 2009, YouTube used their Content Match feature and decided to crack down on me.

They put my account into a status called "NOT IN A GOOD STANDING".

This is all your fault, Rick.


They limited a lot of functionality. They prevented me from uploading any videos over a certain length, they preventing me from adding advertisements, etc. In order to remove the restrictions, I had to go into My Account and respond to the copyright notice. There I was told that the visual and audio content was administered by Mr. Astley on behalf of his label. I was told that video was blocked worldwide and my account wouldn't be fully accessible again until I acknowledged that my content was owned by a third party.

Rick, you're letting me down.

Fine. I pressed the acknowledge button and my awesome video came back. The catch was that it was now emblazoned with a notice saying that the video contained "Rick Astley - Never Gonna Give You Up" (which totally ruined the joke, but whatever). Cut to 5 years later, it's April 11, 2013. I go to upload a new video when I am told that I can no longer upload videos longer than 15 minutes. Why? ...Because of Rick Astley!

Apparently, my original video which I completely forgot about was under investigation by the 80's pop star police again. So, I again confirmed that Rick Astley still owns "Never Gonna Give You Up" and moved on. Except this time, the restrictions were not lifted! There was nothing I could do. I was trapped in disabled mode! I tried to contact YouTube, but there is no way to reach them. I posted in the forums who told me that the strike was permanent and there was nothing I could do. I even tried setting the Rick Astley to PRIVATE mode so it couldn't be viewed by anyone but me and using the AudioSwap feature to remove the audio track. No luck.

With nowhere else to turn, I did the unthinkable. I took the plunge. I permanently and irreversibly deleted my video. Just like that, my very first video from 2007 was gone. I felt a great uneasyness, as if 100's of YouTube comments calling me a "fagot beyotch" cried out in terror and were suddenly silenced. But, it worked and the restrictions were lifted and I was back.

So there you have it, if this happens to you and you get stuck in "Not in a good standing mode" even after you've "corrected the problem", you have to DELETE the video. You can't set it to private. You can't edit out the bad parts. You've got to kill it and move on.